1. ON THIS DAY IN HISTORY17th May 1536: The execution of George Boleyn, 2nd Viscount RochfordDue to Henry VIII's fascination and eventual marriage to Anne Boleyn, the Boleyn family had all benefited, Anne's relatives being promoted to positions of power, with Anne's brother George being admitted to the inner circle of the royal court and the ambassador to France. His sister Mary had been a lover of the king before Anne and remained in the court and their father Thomas Boleyn was made Lord Privy Seal. With the marriage of Anne to the king in 1533, the Boleyns reached the height of their power.

By 1536 however, Anne had bourne Henry a daughter (Elizabeth) and miscarried a son, this combined with Anne's forthright attitude, convinced Henry that the marriage was cursed and had already set his sights on Jane Seymour, Anne's lady-in-waiting. Having no scruples about turning on even loyal followers who failed to deliver desired results, Henry decided to get rid of Anne and entrusted the task to his "fixer", Chief Minister Thomas Cromwell.

Cromwell fabricated a charge of adultery with five men against Anne, including incest with her brother George. George himself had done nothing to anger the king - Cromwell simply used him as a convenient scapegoat, along with Henry Norris, Sir Francis Weston, William Brereton and Mark Smeaton - all five were arrested after the May Day joust on May 2, in which George Boleyn had participated.

Under torture and psychological coercion, only Thomas Smeaton, the court musician, confessed, but this was enough to convict Anne and the other four men.

George Boleyn stood trial on May 15, a few hours after Anne. Despite there being no direct evidence, high popularity in the court and a robust intelligent defence, George was convicted by the testimony of Smeaton and sentenced to be hung, drawn and quartered for treason. In an act of mercy, Henry commuted this to beheading.

George Boleyn was executed, along with the other four, two days later, and Anne a further two days after that, ending the male Boleyn family line.

To save his own life, The siblings' father Thomas Boleyn, the Lord Privy Seal, was one of those who found his children guilty. He was however still disgraced, replaced by Cromwell and shortly before his death stripped of his titles. Mary Boleyn had been disgraced two years earlier for an unauthorised marriage to soldier William Stafford and banned from court. This may well have saved her life and she died in obscurity in 1543.

Thomas Cromwell, who had organized the purge, ultimately met a similar fate. Having displeased Henry in his arrangement of Henry's marriage to Anne of Cleves, Henry was easily persuaded by Cromwell's many enemies, particularly the Howards, to get rid of him. Cromwell was condemned to death without a trial for the treasonable support of heretics in 1540.

New Followers followed back = 3
@DennisCardiff, @skylarclouds, @bestlifeicanSpammers not followed back = 4@clang_music, @booksbiography, @AmciAdel +1 untraced
3. TODAY'S SELF-OBSERVATIONEx-Daughter!! My preference would be to simply live my life away from this hate-filled poisonous individual, and thereby have no reason to think of her, but I have to share her mother. This would be fine if Missus could just go there and come back again, but ex-Daughter has the habit getting to me through her mother.

In the most recent incident, ex-Daughter has decided that Missus "blank moments" (which are a side-effect of antipsychotic medication possibly complicated by epilepsy) are signs of a mini-stroke, and has insisted she accompany Missus to consult a doctor over it. Missus of course consulted me over this demand.

Though it is in reality a waste of everyone's time, it does not bring me me into contact with ex-Daughter nor in itself does any harm, so I agreed. Despite getting her way, this did not save me from a tirade of indirect abuse via her mother over the very idea that I should be consulted at all. This embittered young woman can see no further than her own resentment that I have the final say over her mother's wellbeing, which is of course quite right because I am the husband and carer.

None of this surprises me any more, but it does get me down. It's bad enough that our relationship is the worst case scenario (short of murder), but in addition I can never get away from it. My response however is clear - to feel bad and carry on anyway. My challenges make me who I am and ultimately make me stronger. Though clearly some toxic missiles can land in the compound, no enemy can physically enter my life. There will always be threats to add dark spots to a good life, and this I accept as the Yin-Yang nature of the universe. My aim is thus not to eradicate this darkness, only prevent conquest.

4. TODAY'S QUESTION FOR YOU
Are you responding in the right way to the challenges you face? 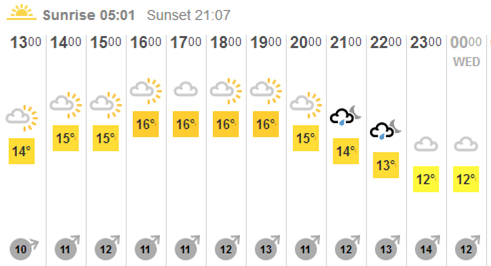 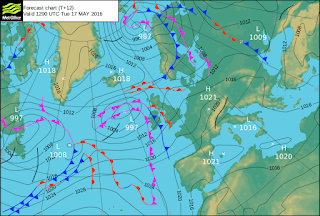 6. TODAY'S ONELINER
I like to put my head between my legs and lean forward.....that's just how I roll :D

9. ZEN WISDOM
We are not merely passive pawns of historical forces nor victims of the past. We can shape and direct history.
Posted by Gary Blonder at 05:01