1. ON THIS DAY IN HISTORY4th March 1941Operation Claymore
Operation Claymore was the codename for a British Commandos raid on the Lofoten Islands in Norway during the Second World War. The Lofoten Islands were an important centre for the production of fish oil and glycerine, used in the German war industry. The landings were carried out on 4 March 1941, by the men of No. 3 Commando, No. 4 Commando, a Royal Engineers Section and 52 men from the Royal Norwegian Navy. Supported by the 6th Destroyer Flotilla and two troop transports of the Royal Navy, the force made an unopposed landing and generally continued to meet no opposition. The original plan was to avoid contact with German forces and inflict the maximum of damage to German-controlled industry. They achieved their objective of destroying fish oil factories and some 3,600 tonnes (800,000 imperial gallons) of oil and glycerine.

Through naval gunfire and demolition parties, 18,000 tons of shipping were sunk. Perhaps the most significant outcome of the raid, however, was the capture of a set of rotor wheels for an Enigma cypher machine and its code books from the German armed trawler Krebs. This enabled German naval codes to be read at Bletchley Park, providing the intelligence needed to allow Allied convoys to avoid U-boat concentrations. The British experienced only one accidental injury; an officer injuring himself with his own revolver; and returned with some 228 German prisoners, 314 loyal Norwegian volunteers and a number of Quisling regime collaborators.

In the aftermath, the evaluation of the operation differed, with the British, especially Winston Churchill and the Special Operations Executive, deeming it a success. In the eyes of the British the main value of such actions was to tie up large German forces on occupation duties in Norway. Martin Linge and the other Norwegians involved were more doubtful of the value of such raids against the Norwegian coast. Following Operation Claymore the Norwegian special operations unit Norwegian Independent Company 1 was established for operations in Norway.

2. TODAY IN MY LIFE
Blogging
Me Time
Meditation
Shift 1 of the Weekend Job
TV Comedy Night


3. TODAY'S SELF-OBSERVATION
Yesterday I courted online controversy! I drew abusive fire from two places - The West Ham Facebook group and Twitter. I don't have a deep sense of injustice over either - if you post things that piss people off, that's going to happen. So do I regret it?

In the WHU case, yes - though the points I made about hooliganism were sound enough, I did base them on unconfirmed news sources on Facebook. I drew some vindictive Neanderthal comment, so I decided to block the worst of them and flee the group. I do need to be sure I'm making statements based on corroborated fact, so that's the lesson I'll draw from that one.

In the Twitter case, I decided to name and shame online automated followers. A roofer from Oklahoma(??) told me to "grow up". This is not the first aggressive response from a tradesman I've drawn - they are sensitive to criticism! But dammit, I'm standing my ground on this one! They are clearly automated when they follow me having so obviously not read my Twitter bio. These automatons are never going to read what I post anyway, so who needs them? The roofer from Oklahoma was blocked.

It was a little unfortunate that this unpleasantness has coincided with the standard annoyances of the dependents - Missus not being able to do anything involving opening/closing things and now changing channels on the remote, and Son leaving crap for me to discover in the kitchen, in small amounts but with increasing frequency.

All this has left me feeling kinda lonely this morning. It's a case of therapist heal thyself! Happiness is not the absence of challenges, and the home annoyances are a very reasonable price to pay for unprecedented freedom and comfort. I will feel bad and do it anyway, because it serves my agenda, and it's on that agenda that I will lock my focus.

4. TODAY'S QUESTION FOR YOU
Are you responding in the right way to your challenges and difficulties? 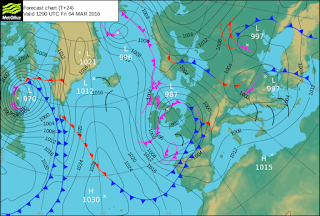 6. TODAY'S ONELINER
Having a tea party is fun until your daughter tells you that she got the water from the toilet :D

8. TRIVIA
Jellyfish kill more people than sharks do each year.

9. ZEN WISDOM
Dig where you are and beneath you'll find a spring
Posted by Gary Blonder at 23:43