1. ON THIS DAY IN HISTORY10th June 1838: The Myall Creek MassacreThis massacre, one of many, was one of the most famous incidents of the Australian Frontier Wars, a long-running conflict between white settlers and aboriginal people over land and resources.

A group of eleven stockmen (Australian cowboys), consisting of assigned convicts and former convicts, ten of them men of European extraction and one African (John Johnstone), led by a squatter, John Fleming from Mungie Bundie Run near Moree, arrived at Henry Dangar's Myall Creek station on 9 June 1838. They rode up to the station huts beside which were camped a group of approximately thirty-five Aboriginal people. They were part of the Wirrayaraay (alternative spelling: Weraerai) group who belonged to the Kamilaroi people. They had been camped at the station for a few weeks after being invited by one of the convict stockmen, Charles Kilmeister (or Kilminister), to come to their station for their safety and protection from the gangs of marauding stockmen who were roaming the district slaughtering any Aboriginal people they could find. These Aboriginal people had previously been camped peacefully at McIntyre's station for a few months. They were therefore well known to the whites. Most of them had been given European names such as Daddy, King Sandy, Joey, Martha and Charley. Some of the children spoke a certain amount of English. When the stockmen rode into their camp they fled into the convict's hut pleading for protection.

When asked by the station hut keeper, George Anderson, what they were going to do with the Aboriginal people, John Russell said they were going to "take them over the back of the range and frighten them." The stockmen then entered the hut, tied them to a long tether rope and led them away. They took them to a gully on the side of the ridge about 800 metres to the west of the station huts. There they slaughtered them all except for one woman who they kept with them for the next couple of days. The approximately 28 people they murdered were largely women, children and old men. Ten younger men were away on a neighbouring station cutting bark. Most of the people were slaughtered with swords as George Anderson, who refused to join the massacre, clearly heard there were just two shots. Unlike Anderson, Charles Kilmeister joined the slaughter.

After the massacre, Fleming and his gang rode off looking to kill the remainder of the group, who they knew had gone to the neighbouring station. They failed to find the other Aboriginal people as they had returned to Myall that night and left after being warned the killers would be returning. On the party's return to Myall two days later, they dismembered and burnt the bodies before resuming the search for the remaining people. The ten people had gone to MacIntyre's station near Inverell, 40 kilometres to the east, where between 30 and 40 Aboriginal people were reportedly murdered with their bodies being cast onto a large fire. Many suspect this massacre was also committed by the same stockmen. After several days of heavy drinking the party dispersed.


After two trials, seven of the 11 colonists involved in the killings were found guilty of murder and hanged. Fleming the ringleader, was never caught and went on to perpetrate more massacres.

In Queensland, where aborigines were most numerous and conflicts more common, there was a popular settler backlash against the executions, and racial hatred against aborigines increased. Numerous unpunished massacres of aborigines took place subsequently. Interracial strife continued until the last reported incident in 1934.

2. TODAY IN MY LIFE
Blogging
Me Time
Shift 1 of the Weekend Job
TV Comedy Night

New Followers followed back = 0
-Spammers not followed back = 3@KinkyLadies1, @MathaSmarra, @Pav_Enclothed
3. TODAY'S SELF-OBSERVATIONMy experience has caused me to reject utterly the concept that the universe is underpinned by love. This simply does not square with my experience. It seems obvious to me that the basic unit of existence is a spectrum of energy vibrations both positive and negative.

I see myself as an avatar of the universe and within myself the entire universe in microcosm. I experience conflict internally and externally, but with increased experience and knowledge, superior insight that continues to grow.

This insight has led me to EMBRACE conflict as one of the fundamental qualities of the universe. There is no escape or ultimate resolution to conflict. Enlightenment and peace of mind means being in tune with rather than resenting the mechanism of the universe.

I think the peace/love doctrine is counter-productive because it actually CREATES MORE INTERNAL CONFLICT between how we think things are supposed to be and how it really is. In the philosophy of Yin-Yang, conflict is the natural order. I therefore have absolutely no problem about making enemies and fighting battles, internal and external. The result is INNER PEACE, as my being is much more united around a believable achievable cause and the acceptance of counter-forces that oppose this cause.

I have found that this deters predators, who prefer easier prey than one who is fully prepared to fight and be hurt, and die earlier on my feet than later on my knees. I get a fraction of the grief I got before embracing this truth. I am fully prepared to be hated and disliked as equally as I am grateful for the love and recognition I also experience. I know how it is, what I'm doing and why I'm doing it.

4. TODAY'S QUESTION FOR YOU
Does what you believe feel like squaring a circle, or is it in tune with your experience? 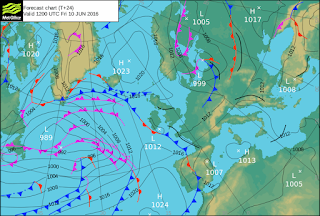 6. TODAY'S ONELINER
I was given a leaflet the other day on anger management but then I lost it. :D

8. TRIVIA
While butterflies sip nectar from flowers, they also sip any urine that has collected on the flowers and leaves any chance they get, as they are a source of vitamins.

9. ZEN WISDOM
No one can grow and develop if they are not prepared to admit error.