1. ON THIS DAY IN HISTORY
16th June 1963: Valentina Tereshkova becomes the first woman and civilian in space
Before her recruitment as a cosmonaut, Tereshkova was a textile-factory assembly worker and an amateur skydiver. Shw was selected from more than four hundred applicants and five finalists to pilot Vostok 6 on 16 June 1963.

Although Tereshkova experienced nausea and physical discomfort for much of the flight, she orbited the earth 48 times and spent almost three days in space. With a single flight, she logged more flight time than the combined times of all American astronauts who had flown before that date. Tereshkova also maintained a flight log and took photographs of the horizon, which were later used to identify aerosol layers within the atmosphere.

Even though there were plans for further flights by women, it took 19 years until the second woman, Svetlana Savitskaya, flew into space. None of the other four in Tereshkova's early group flew, and, in October 1969, the pioneering female cosmonaut group was dissolved.

After her flight, Tereshkova studied at the Zhukovsky Air Force Academy and graduated with distinction as a cosmonaut engineer. In 1977 she earned a doctorate in engineering.

Due to her prominence, Tereshkova was chosen for several political positions: from 1966 to 1974 she was a member of the Supreme Soviet of the Soviet Union, from 1974 to 1989 a member of the Presidium of the Supreme Soviet, and from 1969 to 1991 she was in the Central Committee of the Communist Party. In 1997, she was retired from the Russian Air Force and the cosmonaut corps by presidential order.

Beyond her recognized political offices within the Soviet Union, Tereshkova also became a well known representative of the Soviet Union abroad. She was made a member of the World Peace Council in 1966. She was  the Soviet representative to the UN Conference for the International Women's Year in Mexico City in 1975. She led the Soviet delegation to the World Conference on Women in Copenhagen and played a critical role in shaping the socialist women's global agenda for peace. She attained the rank of Vice President of the International Woman’s Democratic Federation and President of the Soviet-Algerian Friendship Society.

She was decorated with the Hero of the Soviet Union medal, the USSR's highest award. She was also awarded the Order of Lenin, Order of the October Revolution, numerous other medals, and foreign orders including the Karl Marx Order, United Nations Gold Medal of Peace and the Simba International Women’s Movement Award. She was also bestowed a title of the Hero of Socialist Labor of Czechoslovakia, Hero of Labor of Vietnam, and Hero of Mongolia. In 1990 she received an honorary doctorate from the University of Edinburgh. Tereshkova crater on the far side of the Moon was named after her.

After the collapse of the Soviet Union, Tereshkova lost her political office but none of her prestige. To this day, she is revered as a hero, and to some her importance in Russian space history is only surpassed by Yuri Gagarin and Alexey Leonov. In 2011, she was elected to the State Duma, the lower house of the Russian legislature, where she continues to serve.

Tereshkova was invited to Prime Minister Vladimir Putin's residence in Novo-Ogaryovo for the celebration of her 70th birthday. While there she said that she would like to fly to Mars, even if it meant that it was a one way trip.


On 5 April 2008, she became a torchbearer of the 2008 Summer Olympics torch relay in Saint Petersburg, Russia.

New Followers followed back = 2
@abissierra8, @ClaraSteventhSpammers not followed back = 3@vyreqefoloq, @nnTheTorlor +1 untraced
3. TODAY'S SELF-OBSERVATIONFor the first time in many years I was on my waking suffering the symptoms of stress. It's been a busy couple of days, but nevertheless, stress is something I now associate with the past. From my training and experience I know that the first thing you need is space, and fortunately I finally have some. Secondly, you need to apply the Reiki/Buddhist principle of going within yourself to find the cause.

On self-examination, it was clear that the cause was FRUSTRATION caused by time-greed and insufficient acceptance. My stress was self-inflicted, caused by the resentment of less time than my preference. I am not however going to beat myself up over this - it wasn't my choice to have a mind that is such hard work to manage. I do now at least have the ability to diagnose and correctly respond to issues as they arise - a skill entirely self-taught, for which I give myself credit and recognition.

These days, every negative experience I have becomes positive in that I learn from it, and that new knowledge often gives fresh insight to several other areas and issues, internal and external. I know that my mind needs to be thoroughly grounded in THE DIFFERENCE I AM MAKING AT THIS MOMENT, and the hard part of this is the very high level of concentration required.

But as I have learned, there isn't an option if I don't keep focus at the absolute maximum of my ability, my mental health suffers. And my wellbeing isn't just about ME - I have two others who need me to keep well, and my survival can inspire and prove to others that therefore they can survive too. This also makes me realize how being loved and accepted by at least one other is so important to wellbeing.

4. TODAY'S QUESTION FOR YOU
How well do you understand yourself? 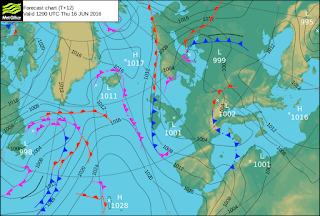 6. TODAY'S ONELINER
Life is too short to let someone else decide how you waste it. :D

8. TRIVIA
Brides stand to the left of the groom to keep his sword-hand free if there's an attack

9. ZEN WISDOM
If you have no struggle to recount, you have no wisdom to share.
Posted by Gary Blonder at 02:03