1. ON THIS DAY IN HISTORY17th June 1940: The sinking of the Lancastria
RMS Lancastria (later HMT Lancastria) was a British Cunard liner commandeered by the UK Government during World War II. She was sunk on 17 June 1940 with at least 4,000 fatalities, and possibly a great many more. It is the greatest ever loss of life in the sinking of a single British ship, claiming more lives than the combined losses of the RMS Titanic (1,517 passengers and crew) and RMS Lusitania (1,198 passengers). It had also the highest death toll for UK forces from a single ship in the whole of World War II.

She was sunk off the French port of St. Nazaire while taking part in Operation Ariel, the evacuation of British nationals and troops from France, two weeks after the Dunkirk evacuation.

After a short overhaul, she left Liverpool on 14 June under Captain Rudolph Sharp and arrived in the mouth of the Loire estuary on 16 June. She anchored 11 miles (18 km) south-west of St. Nazaire. By the mid-afternoon of 17 June she had embarked an unknown number (estimates range from 4,000 up to 9,000) of civilian refugees (including embassy staff and employees of Fairey Aviation of Belgium), line-of-communication troops (including Pioneer and RASC soldiers) and RAF personnel. The ship's official capacity was 2,200 including the 375-man crew. Captain Sharp had been instructed by the Royal Navy to "load as many men as possible without regard to the limits set down under international law".

At 13:50, during an air-raid, the nearby Oronsay, a 20,000-ton Orient Liner, was hit on the bridge by a German bomb. Lancastria was free to depart and the captain of the British destroyer HMS Havelock advised her to do so, but without a destroyer escort as defence against possible submarine attack, Sharp decided to wait.

A fresh air raid began before 16:00. Lancastria was bombed at 15:48 by Junkers Ju 88 aircraft from II. Gruppe/Kampfgeschwader 30. Three direct hits caused the ship to list first to starboard then to port; she rolled over and sank within twenty minutes. Over 1,400 tons of fuel oil leaked into the sea and was set partially on fire. Many drowned, were choked by the oil, or were shot by strafing German aircraft. Survivors were taken aboard other evacuation vessels, the trawler Cambridgeshire rescuing 900. There were 2,447 survivors, of whom about 100 were still alive in 2011. Many families of the dead knew only that they died with the British Expeditionary Force (BEF); the death toll accounted for roughly a third of the total losses of the BEF in France. She sank around 5 nmi (9.3 km) south of Chémoulin Point in the Charpentier roads, around 9 nmi (17 km) from St. Nazaire. The Lancastria Association names 1,738 people known to have been killed.[10] In 2005, Fenby wrote that estimates of the death toll vary from fewer than 3,000 to 5,800 people, the largest loss of life in British maritime history.

Rudolph Sharp survived the sinking and went on to command the RMS Laconia, losing his life on 12 September 1942 when that ship was torpedoed and sunk off West Africa.

2. TODAY IN MY LIFE
Blogging
Meditation
Me Time
Shift 1 of the Weekend Job
TV Comedy Night

New Followers followed back = 0
-Spammers not followed back = 1-
3. TODAY'S SELF-OBSERVATIONAlready "suffering" yesterday morning, I descended into complete "lost it" mode. I was no longer able to function by the afternoon. Fortunately, while my dependents were shocked and clueless how to respond to this turn of events, I knew EXACTLY what I needed - SPACE.

An evening to myself excused from my usual Thursday duties restored balance. It's now time for "therapist heal thyself" and to mull over what sent me temporarily loopy. The cause, I'm embarrassed to admit, was PLEASANT DISTRACTIONS - not the distractions per se, but the fact that they caused me to neglect self-maintenance and discipline.

If it had just been extra chores, I'd have told it to fuck off and there wouldn't have been a problem. But because it was doing things that interested me, I took my eye off the ball.

With people counting on me I really can't afford to "lose it". I have learned the hard way that self-maintenance and self-discipline must for no reason be neglected. I have a high-maintenance mind and need to put that maintenance in - end of.

I intend in future to PUT THINGS DOWN enjoyable or not when it's time for meditation, exercise or other self-maintenance pursuit. My mind does not subconsciously look after itself so consciousness must "step up to the plate" and look after it instead.

4. TODAY'S QUESTION FOR YOU
Are you getting yourself what you need for wellbeing? 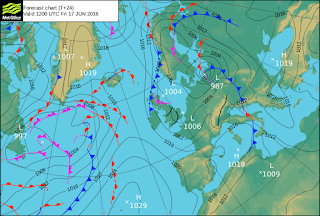 6. TODAY'S ONELINER
Do strippers have nightmares about being in front of a large crowd with their clothes on? :D

9. ZEN WISDOM
Do not pick a fight you are not prepared for.
Posted by Gary Blonder at 22:49