1. ON THIS DAY IN HISTORY15th July 1410: The Battle of GrunwaldThe crusading order of the Teutonic Knights had been at war with pagan Lithuania since around 1280 and were ostensibly established to replace paganism with Christianity in north-east Europe. However in 1387 Lithuania had been converted to Catholicism - an uneasy peace was established and the conflict became purely over territory.

War broke out again in 1409 when the Poland, in alliance with Lithuania, supported a Prussian revolt, but a nine month truce was brokered by the King of Bohemia. When the truce expired, the Knights renewed the war against the Polish-Lithuanian alliance.

Expecting separate attacks from Poles and Lithuanians, the Knights had divided their forces, but the alliance had instead formed a single massive army intent on capturing Marienburg, the Knights' capital. Consequently, when the two armies met at Grunwald, the Knights' force of 11,000 men was outnumbered by the 16,500 men of the alliance.

In one of the largest battles ever fought in Europe, the Knights were heavily defeated. The Knights' Grand Master Ulrich von Jungingen was killed. The alliance then marched on to Marienburg but were unable to take the heavily fortified city.

A peace agreement in 1411 ended the war with little change in territory, but the Knights had suffered such great losses that they were never again a serious military threat to the alliance.

2. TODAY IN MY LIFE
Blogging
Meditation
Me Time
Shift 1 of the Weekend Job
TV Comedy Night

New Followers followed back = 2
@jasmallwood010, @jasonasmallwoodSpammers not followed back = 7@gmail2735, @gman9mm1zo, @PlavokoRuberto, @jmjHuntingwolv, @XxxKittsxXotd +2 untraced
3. TODAY'S SELF-OBSERVATIONHmm, it's time to 'fess up to some overindulgence and a loss of discipline. This often occurs when I'm enjoying myself and start having too much of a good thing. The consequence is decreased efficiency, undermining my life-purpose. Fortunately these days I don't go too far down the road before I see it happening.

I think I took my eye off the ball due to the unprecedented abundance of solitary time without having to share the house in the daytime. This ends anyway when Son returns Saturday night. It may be a good thing to get into a more disciplined mode before he does.

Of course, most of my problems are nice problems to have - I'm deprived of nothing! I'm mostly doing what I want to do, even at the Weekend Job, where I get to do things my way. I am determined not to self-sabotage the good life I have by letting myself become unbalanced in activities. I'll be eating less, moving more and making more difference.

4. TODAY'S QUESTION FOR YOU
Are you fully in control of your life?

5. TODAY'S WEATHER IN BRADFORD
In brief
Cloudy with rain in the afternoon 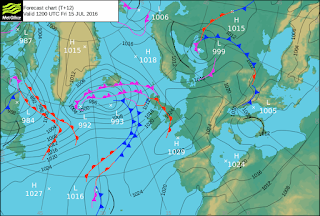 9. ZEN WISDOM
Intention is the noblest leader, Desire is unreliable and Urge is the most tyrannical.
Posted by Gary Blonder at 00:45