1. ON THIS DAY IN HISTORY
12th July 1543: Henry VIII marries Catherine Parr
Catherine Parr was Henry's 6th and last wife. Already twice-widowed, Catherine first caught the king's attention as a member of his daughter Mary's household, a position she has secured through her mother's friendship with Catherine of Aragon, Henry's first wife.

Catherine was already in love with Sir Thomas Seymour, brother of Henry's third and favourite wife, Jane Seymour. However, when Henry proposed, she felt duty-bound to marry Henry. Aware of the romance, Henry had Seymour removed from the court and posted to Brussels.

Highly intelligent and a skilled diplomat, Catherine exploited her position to make her stepdaughter Margaret Neville her lady-in-waiting and securing a position for her stepson John's wife in her household. Her uncle Lord Parr of Horton became her chamberlain. She established friendships with all three of Henry's children and helped reconcile Henry with his daughters.

In 1544 Catherine was made regent while Henry went on campaign in France. Surrounded by a sympathetic governing council, including her uncle Thomas Cranmer, Archbishop of Canterbury, Catherine proved a capable and effective ruler. Henry's daughter Elizabeth was greatly influenced by her style of leadership, and was later to rule in a similar way, surrounding herself with a loyal and capable elite.

Catherine was however not without enemies - her strongly Protestant beliefs angered Stephen Gardiner, the Bishop of Winchester, and Lord Wriothesley, the Lord Chancellor. In 1546 these two attempted to exploit an argument about religion between Catherine and Henry, and drew up a warrant for her arrest. Wily Catherine was informed of the warrant and got to Henry first and successfully persuaded him she had only started the argument to take his mind off his ulcerated leg. Henry rescinded the warrant.

In 1547, after Henry's death and the accession of Edward VI, Catherine retired from the court on a generous pension.

Her widowhood was unhappy, mainly due to her love for the unscrupulous Sir Thomas Seymour, with whom she renewed her romance. They married within six months of Henry's death, which was considered scandalous at the time and lost Catherine many friends at court, most notably Lady Mary, who despised Seymour. Only Elizabeth kept up her friendship.

Catherine became embroiled in a feud with her former Lady-In-Waiting the Duchess of Somerset, who's husband was her new brother-in-law, Edward Seymour, Lord Protector of the under-age king, over who could wear the royal jewels. The Duchess won the argument, and a permanent rift opened between the Seymour brothers and their wives. In 1548, much to her own surprise, Catherine became pregnant - she was now 35 and considered herself barren after three childless marriages.

Thomas Seymour was a philanderer from the start and his first choice of bride had been Lady Elizabeth. When Elizabeth came to stay with Catherine during the pregnancy, Elizabeth, only 15 years old, was also attracted to Seymour and the garden horseplay raised eyebrows. Elizabeth was sent away, never to see Catherine again, though the two exchanged letters.

Catherine gave birth to a daughter, Mary on 30th August 1548, but then died five days later due to complications from childbirth. Seymour inherited his wife's estates and became a very rich man, but his resentment of his bother proved his undoing - caught attempting to kidnap the young king, he was executed in 1549. Catherine's daughter Mary's fate is not recorded, but she probably died still a child in Grimsthorpe Castle, Lincolnshire.

3. TODAY'S SELF-OBSERVATION
I don't really understand my relationship with food or what's going on there. I overeat, but I don't comfort eat. When I'm hungry I WANT TO KILL YOU.

Sugar undoubtedly stimulates overeating and weight gain. But on the other hand, at least in my case, it gives me mood highs and jacks up my libido. There is no doubt - I went low-sugar for a while and my libido fell to the floor. Since I went back on the biscuits, I could happily handle three times-a-day, though I can't maintain an unstimulated erection - Viagra is therefore needed for encounters, but not on my own.

Clearly there's a malfunction in the way my body handles sugar - I suspect hypoglycaemia. Since I don't have the resources to hire a personal nutritionist who could get to the root of it, I am currently consuming a moderate amount of sugar for its mood and libido benefits.

It might be offset with exercise, that I haven't been getting of late due to weather and leg-muscle issues. I think I'm just entering the age where muscles complain a lot and tear easily. I will accept this and keep moving gently/smoothly.

Nutrition issues notwithstanding, life continues to be bliss and this avatar continues to make its difference.

4. TODAY'S QUESTION FOR YOU
How well do you understand yourself?

5. TODAY'S WEATHER IN BRADFORD
In brief
Dry and mild with sunny intervals 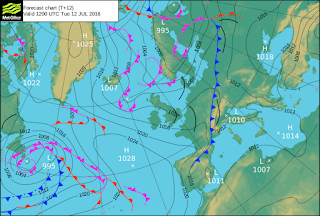 6. TODAY'S ONELINER
My inner child has informed me it has no intention of moving out :D

8. TRIVIA
The Ebers papyrus (1350 B.C.) suggests placing drops of crushed and roasted ox liver in the eyes of people suffering from night blindness. While Egyptians most likely were not aware of vitamin A, liver does have high levels of the vitamin which help maintains normal vision in dim light.

9. ZEN WISDOM
Truth is in the mind of the believer
Posted by Gary Blonder at 02:05