1. ON THIS DAY IN HISTORY14th July 1789: The storming of the BastilleOn 19th May 1789, French king Louis XVI had called a major convention known as the Estates-Generale, comprised of the nobility (1st estate) clergy (2nd estate) and the common people (3rd estate). Frustrated that their concerns weren't being addressed, on 20th June the Third Estate broke away and swore the "Tennis Court Oath" refusing to disband until a new constitution had been drawn up.

On the 11th July, James Neckar, the finance minister, one of the few ministers in the French court sympathetic to the Third Estate, was dismissed from his post. The commoners now feared that they no longer had any friends in the French royal court and would be attacked by the military. They therefore decided to seize weapons and ammunition from the Bastille.

The Bastille was a fortress-prison in Paris which had often held people jailed on the basis of lettres de cachet (literally "signet letters"), arbitrary royal indictments that could not be appealed and did not indicate the reason for the imprisonment. The Bastille held a large cache of ammunition and gunpowder, and was also known for holding political prisoners whose writings had displeased the royal government, and was thus a symbol of the absolutism of the monarchy. As it happened, at the time of the attack in July 1789 there were only seven inmates, none of great political significance.


The crowd was eventually reinforced by mutinous Gardes Françaises ("French Guards"), whose usual role was to protect public buildings. They proved a fair match for the fort's defenders, and Governor de Launay, the commander of the Bastille, capitulated and opened the gates to avoid a mutual massacre. However, possibly because of a misunderstanding, fighting resumed. According to the official documents, about 200 attackers and just one defender died in the actual fighting, but in the aftermath, de Launay and seven other defenders were killed, as was Jacques de Flesselles, the prévôt des marchands ("provost of the merchants"), the elected head of the city's guilds, who under the feudal monarchy also had the competences of a present-day mayor.

This successful hostile act against the king's government was the start of the French Revolution, leading to the overthrow and abolition of the monarchy. The 14th of July became "Bastille Day" and has ever since been the French national day of celebration of statehood.

New Followers followed back = 0
-Spammers not followed back = 16@kymuwicuryha, @Myrtisicx, @toplink7, @eviejohnson88, @MrShekshcf, @Leevqa, @Launac21, @Barberawzq, @ocmadpigz777 +7 untraced
3. TODAY'S SELF-OBSERVATIONThursday has become effectively my "Sunday", as I don't take evening clients on this day, reserving myself instead to fulfil Missus natural needs. Missus, bless her, sees herself as a nymphomaniac and myself as a Sex God. Neither of these things are true of course. I'm just another bald middle-aged fat bloke. Her libido is only average, twice weekly and three if she's really horny. When Son's home, she settles for once weekly to pacify Son, who is most pissed off and finds utterly disgusting the idea that his parents fuck at all, let alone frequently.

I'm certainly not going to pour cold water on Missus' ego by attempting to confront her with reality. If she thinks our sex life is unbelievably fabulous, I'm quite happy to play along. As an enlightened fiftysomething, I no longer need to be fucked frequently to feel like a man. I have an orgasm a day for Prostate health reasons and general wellbeing more than libido, though libido has recently gone up since I started eating more sugar (I have no idea why this is)

Investing in an artificial vagina has saved my increasingly fragile arm muscles from strain, and I have to say feels absolutely excellent. And so whilst we have completely different perceptions of reality, both Missus and myself are sexually content. My erectile dysfunction is not a problem on my own due to the continual stimulation and Viagra keeps me going for marital encounters.

Being primally content in all areas, including sexually, means that your primal needs don't "pester" you and your mind is free to be at its most effective. That is why I believe it important to attend to the primal needs first, ie daily orgasms, sleep, meditation, food, water, rest, a laugh and a decent tune. The time spent on these more than pays for itself in increased efficiency of mind. A primally unsatisfied mind works much slower and less effectively.

4. TODAY'S QUESTION FOR YOU
Are you suppressing or meeting your primal needs? 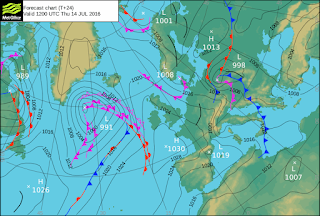 8. TRIVIA
In 1691, England taxed the number of windows on a house. Consequently, houses began to be built with very few windows or people would close up existing windows. When people began to suffer health problems from lack of windows/air, the tax was finally repealed in 1851.

9. ZEN WISDOM
The honest man finds it easier to remember what he said.
Posted by Gary Blonder at 23:39