1. ON THIS DAY IN HISTORY31st January 1578
The Battle of Gembloux
The Battle of Gembloux took place at Gembloux, near Namur, Low Countries, between the Spanish forces led by Don John of Austria (Spanish: Don Juan de Austria), Governor-General of the Spanish Netherlands, and a rebel army composed by Dutch, Flemish, English, Scottish, German, French and Walloon soldiers under Antoine de Goignies, during the Eighty Years' War and the Anglo-Spanish War (1585–1604).

The Spanish cavalry commanded by John's nephew, Don Alexander Farnese, Prince of Parma, after pushing back the Dutch cavalry, attacked the Dutch army, causing an enormous panic amongst the rebel troops. The result was a crushing victory for the Spanish forces. The battle hastened the disintegration of the unity of the rebel provinces, and meant the end of the Union of Brussels, a rebel alliance of Protestants and Catholics opposed to Spanish rule. The southern Low Countries (what is now Belgium) were thus kept firmly under Spanish rule.

The north (The Netherlands) however, exclusively Dutch and Protestant, did not suffer the disunity that undermined the resistance of the south, and remained unconquered and defiant


3. TODAY'S SELF-OBSERVATION
Some annoyances have occurred! A recent storm has destroyed my outside light and the doctor won't prescribe any more stomach medication until I take a blood test for liver function. This will require unwanted trips to B&Q today, the doctor's tomorrow and some DIY. I really do have better things to do with my life! In addition, the financial realities of our Pearl Anniversary Weekend must be confronted.

However, I have not forgotten to count blessings amidst these annoyances. The Weekend Job went smoothly despite "Calamity Chris" being in charge and home life continues to be Shangri-La. I am feeling the fear but doing things anyway, and I have rejected delusions of security for the path of fulfilment. I have a clear set of goals for my character (a self-supporting Practice) and spiritually (total internal silence) and I feel peace-of-mind, living quietly under-the-radar, free of grief. Thank you universe, I have no complaints whatsoever!

4. TODAY'S QUESTION FOR YOU
Is your life fulfilling a purpose? Who's purpose? 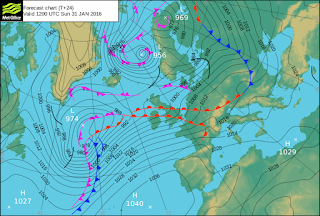 8. TRIVIA
When an injured and dying former SS man asked Holocaust survivor Simon Wiesenthal for forgiveness for his role in wiping out the entire Jewish population in a small Ukrainian town, Wiesenthal answered with silence rather than forgiveness. Haunted by the experience, Wiesenthal published an essay called The Sunflower: On the Possibilities and Limits of Forgiveness, which is now a classic of Holocaust literature.

9. ZEN WISDOM
The seeds of firm conviction already contain within them the flowers and fruits of happiness. But if we plant the seeds of self-doubt, naturally, only noxious weeds will sprout.
Posted by Gary Blonder at 23:54