1. ON THIS DAY IN HISTORY12th January 1967
Professor James Bedford becomes the first cryogenically frozen corpse.
In June 1965, Ev Cooper’s Life Extension Society (LES) offered the opportunity to preserve one person free of charge, stating that "the Life Extension Society now has primitive facilities for emergency short term freezing and storing our friend the large homeotherm (man). LES offers to freeze free of charge the first person desirous and in need of cryogenic suspension." Bedford took the opportunity and was established as their candidate. Bedford suffered from kidney cancer that had later metastasized into his lungs, a condition that was untreatable at the time. Bedford left $100,000 to cryonics research in his will, but more than this amount was utilized by Bedford's wife and son in court, having to defend his will and his cryopreservation due to objections raised by other relatives.

Bedford's body was frozen a few hours after his death, due to natural causes related to his cancer. His body was preserved by Robert Prehoda (author of the 1969 book Suspended Animation), Dr. Dante Brunol (physician and biophysicist) and Robert Nelson (President of the Cryonics Society of California). Nelson then wrote a book about the subject titled, We Froze the First Man. Compared to those employed by modern cryonics organizations, the use of cryoprotectants in Bedford's case was primitive. He was injected with Dimethyl sulfoxide, a compound once thought to be useful for long-term cryogenics, so it is unlikely that his brain was protected. Vitrification was not yet possible, further limiting the possibility of Bedford's eventual recovery. In his first suspended animation stages, his body was stored at Edward Hope's Cryo-Care facility in Phoenix, Arizona, for two years, then in 1969 moved to the Galiso facility in California. Bedford was moved from Galiso in 1973 to Trans Time near Berkeley, California, until 1977, before being stored by Bedford's son for many years.

Bedford's body was maintained in liquid nitrogen by his family in southern California until 1982, when it was then moved to Alcor Life Extension Foundation, and has remained in Alcor's care to the present day. In May 1991, his body's condition was evaluated when he was moved to a new storage dewar. The examiners concluded that "it seems likely that his external temperature has remained at relatively low subzero temperatures throughout the storage interval."

2. TODAY IN MY LIFE
Blogging
Client prep, sessions and follow up
Me Time
Missus Time


3. TODAY'S SELF-OBSERVATION
Pearl Wedding Anniversary was a complete success from Missus viewpoint and a psychological success from mine, in that all my training prevented me self-sabotaging the whole thing.

My central psychological flaw is inappropriate reaction to failure and disapproval. Fortunately, especially in the home environment, I'm very mindful of it, and by tight control of focus can now manage it.

Missus was not only late leaving work but couldn't phone a taxi (required because of the bouquet of roses I'd had delivered) as the mobile network was partially down (we could ring each other but not phone non-Virgin numbers). I had to order it via the landline, then chase it up when it was late. This of course made timing the anniversary supper difficult and I knew this would degrade the roses before they got home.

Meanwhile I discovered Missus' preferred starter, the prawn cocktail, was well past use-by date and I had to rustle up an alternative. In previous times, all this would have conspired to make me "lose it", utterly ruining the occasion. This time however, I was utterly grounded, focused firmly on each moment, and though I was aware of the emotions, they didn't take over. This was an utter personal triumph, a spectacular achievement in personal development.

Once Missus got home, the annoyance of waiting for the taxi evaporated and supper was a triumph from her perspective. I had dressed up how she likes - jacket-and-tie, designer facial stubble, and by 9pm she was highly aroused and more than ready for The Finale.

The trouble was, I was anything but. Everything about the context was wrong. I had all the clearing up to do (not very arousing!) I had no time to get privately "warmed up" beforehand as Missus wanted my company throughout once I'd cleared the kitchen, and I was going to need to perform in my least favourite scenario - in the later evening and on a full stomach, without any prior arousal.

Thankfully, the magic blue tablets did the job and made me at least functional. This was all about Missus, so I focused on ringing her bells. This I achieved spectacularly, so much so that she was too lost in the contractions thundering through her to care that I never got there. Long past psychologically needing to complete, I was quite happy enough that mission was accomplished.

These anniversary occasions are really, like the wedding itself, all about the woman with man simply playing an essential role. I have no problem with this, as to bring joy and pleasure to someone you care about is in itself a most gratifying experience.

4. TODAY'S QUESTION FOR YOU
What brings you genuine joy? 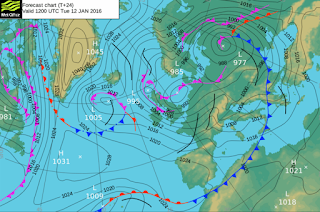 6. TODAY'S ONELINER
Modern marriage is about sending texts to each other like "do we need anything from the grocery store?" until one of you dies :D

9. ZEN WISDOM
Difficulties impede the progress of those who are weak. For the strong, however, they are an opportunity to open wide the doors to a bright future. Everything is determined by our attitude, by our resolve.
Posted by Gary Blonder at 22:29