1. ON THIS DAY IN HISTORY13th January 1842
Dr. William Brydon, the sole British survivor of the retreat from Kabul, arrives at Jalalabad
The 1842 Kabul Retreat took place during the First Anglo-Afghan War. Following an uprising in Kabul, Major General Sir William Elphinstone negotiated an agreement with Wazir Akbar Khan, one of the sons of the Afghan Emir Dost Mohammad Barakzai, by which his army was to withdraw to the British garrison at Jalalabad, more than 90 miles (140 km) away. As the army and its numerous dependents and camp-followers began its march, it came under attack from Afghan tribesmen. Many of the column died of exposure, frostbite or starvation or were killed during the fighting.

The Afghans launched numerous attacks against the column as it made slow progress through the winter snows of the Hindu Kush. In total the British army lost 4,500 troops, along with about 12,000 civilians: the latter comprising both the families of Indian and British soldiers, plus workmen, servants and other Indian camp-followers. The final stand was made just outside a village called Gandamak on 13 January.

Out of more than 16,000 people from the column commanded by Elphinstone, only one European (Assistant Surgeon William Brydon) and a few Indian sepoys reached Jalalabad. A few dozen British prisoners and civilian hostages were later released. Many of the British and Indians died of exposure, frostbite or starvation or were killed during the fighting. Around 2,000 of the Indians, many of whom were maimed by frostbite, survived and returned to Kabul to exist by begging or to be sold into slavery.


3. TODAY'S SELF-OBSERVATION
As cute and sweet and harmless/defenceless as Missus is, there are of course several aspects of her illness that make her challenging. One of these is the inability to say NO. For example, she doesn't have the heart to shoo the cats away, even when it's in the cats best interest. One of our cats will follow her like a dog right out of its territory until it gets lost. Consequently if the cats are out I have to escort Missus up the road to ensure they don't follow her.

As Missus' carer I make every effort not to exploit this weakness, but the same cannot be said of DAUGHTER, who routinely exploits it as it suits her. She has the habit of phoning during suppertime - Missus will then leave her supper half-eaten to talk to Daughter. Unfortunately my resentment at this exploded last night.

It is an utterly pointless thing to explode at missus, like kicking a puppy that has just shat on the floor. The real villain of course is Daughter. Poor Missus is caught in the middle of what has become a highly toxic acrimonious tug-of-love over her. I am not convinced what Daughter feels is actually love, but rather narcissistic need - she never actually sacrifices anything for her mother.

There has to be acceptance - this is how it is! I then need to make a measured response. I need to prevent Daughter intruding at will on my quality times with Missus. This means taking control of Missus phone!

Behold: THE DAUGHTER POLICY
1. It is my view as carer that Daughter is both essential AND a threat to the wellbeing of Missus, as such, as Missus carer, ultimately responsible for her wellbeing, Daughter's access to Missus will be monitored and controlled by me.
2. No negotiation with Daughter is possible due to her inability to listen, therefore a compromise will be imposed by me unilaterally, as Missus carer.
3. There is no imposed time limit on Missus access to Daughter. However Daughter is not allowed to access Missus during our quality times. This will be achieved by CONFISCATING MISSUS MOBILE during quality times. Missus will not be able to have me and her phone simultaneously! Missus mobile will be returned to her after quality time is over.

There! That will stop Daughter intruding into my life and pushing my buttons, whilst still giving Missus full access to Daughter. I'm a genius!

It was bad enough that Daughter intruded on our quality time. I was further rattled by her laying claim to the piano. This is at best a whim or at worst a lever to exert power over Son. She has not pursued a musical career, whereas Son has and the piano is an essential tool for him. I will not bother Son with this issue while he is in Belarus. My stance to Daughter is FUCK OFF! If she wants the piano she will have to put hand in purse and legally contest ownership of it. If she follows through (which I doubt) and wins (good luck proving it's yours!), she will then have the cost and hassle of having it shifted.

It was of course, never my wish that my relationship with Daughter should turn to mutual hatred. I am most profoundly disappointed it has ended up like this - I would have loved to enjoy the same relationship with Daughter as I do with Son. Unfortunately Daughter has all the unforgiving wrath and resentment of Blonders with absolutely none of the humility, empathy and sacrificial generosity. I see exactly the same traits in my mother and sister. My gutless coward of a father who also can't say NO and assert himself but doesn't have the excuse of mental illness, is also a profound disappointment. Well, fuck the lot of them. IT ISN'T ME, IT IS DEFINITELY THEM!!

I WILL fight to defend my territory from these emotional vampires, live my life my way and work instead with those with whom I resonate.

4. TODAY'S QUESTION FOR YOU
Are you fully prepared to defend yourself from the exploiters? 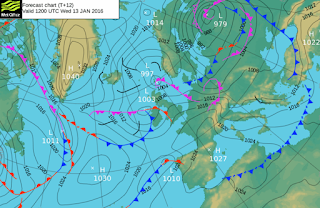 6. TODAY'S ONELINER
Receipts are just short stories about how stupid you are with money. :D

8. TRIVIA
In 1943, a Mexican farmer named Dionisio Pulido witnessed the birth of a volcano in his cornfield about 329 kilometers west of Mexico City. It started as a slight depression in his field and soon became a fissure that emitted smoke and hissing noises. During the next nine years, the volcano Paricutin had grown to an elevation of 2,272 meters and its voluminous lava flows had destroyed several towns.

9. ZEN WISDOM
Life is filled with potential that is truly unfathomable. At last we are coming to see the enormous power it possesses. That is why we must never write anyone off. In particular, we mustn’t put boundaries on our own potential. In most cases, our so-called limitations are nothing more than our own decision to limit ourselves.
Posted by Gary Blonder at 00:51