1. ON THIS DAY IN HISTORY10th February 2009
The first outer-space high-speed satellite collision
The collision destroyed both Iridium 33 (owned by Iridium Communications Inc.) and Kosmos 2251 (owned by the Russian Space Forces). Although the Iridium satellite was operational at the time of the collision, the Russian satellite had been out of service since at least 1995 and was no longer actively controlled. Kosmos-2251 was launched on June 16, 1993, and went out of service two years later, in 1995, according to Gen. Yakushin. It had no propulsion system.

Several low-speed collisions had occurred previously, but this was the first at high speed obliterating both satellites. There have to date now been eight known high-speed collisions in all, most of which were only noticed long after they occurred.


3. TODAY'S SELF-OBSERVATION
I have the stated intention, as well as Total Internal Silence, to "enjoy the movie" and let my subconscious simply get on with it. I already know from my interest in neurology that almost all decisions are made subconsciously and consciousness is fooled into believing that it made the decision itself. The true purpose of consciousness is to gather all the information available and use it to create a "reality map" which the subconscious uses to aid its decision-making.

Most mental distress is caused by faulty map-making - focusing on threats that don't exist in this moment or location. Focus is best kept on the moment and the goal - everything else dissipates the power of consciousness and disrupts wellbeing.

This character is most grateful indeed to have reached this level of understanding. I stand on the threshold of maximum mental potential!! My consciousness, as captain of the ship, needs only to focus the destination, observe/experience everything and put absolute faith in the "crew" to do their jobs. I'm now finally in a position to truly enjoy the movie.

4. TODAY'S QUESTION FOR YOU
Are you clear in your own mind about where you want to go? 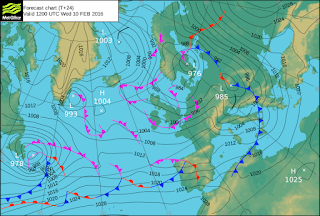 6. TODAY'S ONELINER
Ever wish you could go on Amazon and order a medically-induced coma? :D

8. TRIVIA
Women often feel loved when talking face to face with their partner; men, on the other hand, often feel emotionally close when they work, play, or talk side by side.

9. ZEN WISDOM
Illness is not something to feel ashamed of. It is not a sign of misfortune or defeat. Suffering is the fuel of wisdom, and it opens the way to happiness. Through illness, human beings can gain insight into the meaning of life, understand its value and dignity, and strive to lead more fulfilling lives.
Posted by Gary Blonder at 23:37