1. ON THIS DAY IN HISTORY4th February 1974The kidnapping of Patty Hearst
Hearst was born in San Francisco, California, the third of five daughters of Randolph Apperson Hearst and Catherine Wood Campbell. She grew up primarily in Hillsborough. She attended Crystal Springs School for Girls in Hillsborough and the Santa Catalina School in Monterey. Despite her wealthy grandfather, Patty Hearst's father was only one of a number of heirs, and did not have control of the Hearst interests. Her parents did not consider it necessary to take any measures for her personal security. At the time of her abduction she was a sophomore at a university studying the history of art, and living with her fiancé, Steven Weed.

On February 4, 1974, the 19-year-old Hearst was kidnapped from her Berkeley, California apartment. She was beaten and lost consciousness during the abduction. Shots were fired from a machine gun during the incident. Responsibility was claimed by an urban guerrilla group called the Symbionese Liberation Army (SLA).

Hearst's kidnapping was partly opportunistic, as she lived close to the SLA hideout. According to testimony, the main intention was to leverage the Hearst family's political influence to free two SLA members arrested for the killing of Oakland's first black superintendent, Marcus Foster. Faced with the failure to free the imprisoned men, the SLA demanded that the captive's family distribute $70 worth of food to every needy Californian – an operation that would cost an estimated $400 million. In response Hearst's father, taking out a loan, arranged the immediate donation of $2 million worth of food to the poor of the Bay Area. The distribution descended into chaos, and the SLA refused to release Hearst. Hearst's kidnapping made the SLA, a small organization with few resources, front-page national news.

According to Hearst's later testimony, she was in a closet blindfolded with her hands tied for a week, during this time DeFreeze repeatedly threatened her with death. She was let out for meals and, blindfolded, began to join in the political discussions; she was given a flashlight and SLA political tracts to learn. After she had been confined in the closet for weeks, "DeFreeze told me that the war council had decided or was thinking about killing me or me staying with them, and that I better start thinking about that as a possibility." Hearst said "I accommodated my thoughts to coincide with theirs". Asked for her decision, Hearst said she wanted to stay and fight with the SLA, and the blindfold was removed, allowing her to see her captors for the first time. After this she was given lessons on her duties, especially weapons drills, every day. Angela Atwood told Hearst that the others thought she should know what sexual freedom was like in the unit; she was then raped by William Wolfe, and later by DeFreeze

On April 3, 1974, two months after she was abducted, Hearst announced on an audiotape that she had joined the SLA and assumed the name "Tania" (inspired by the nom de guerre of Haydée Tamara Bunke Bider, Che Guevara's comrade). She subsequently participated in a series of bank raids perpetrated by the group until arrested in September 1975

On March 20, 1976 Hearst was convicted of bank robbery and using a firearm in a felony. She was given the maximum sentence possible of 35 years' imprisonment pending a reduction at final sentence hearing, which Carter declined to specify. Judge Carter then died, and William Horsley Orrick, Jr. decided on Hearst's sentence. He gave her seven years imprisonment, commenting that "rebellious young people who, for whatever reason become revolutionaries, and voluntarily commit criminal acts will be punished"

President Jimmy Carter's commutation of her sentence to the 22 months served freed Hearst eight months before she would have had a parole hearing. The 1979 release was under stringent conditions. President Ronald Reagan reportedly gave serious consideration to pardoning Hearst. She recovered full rights when President Bill Clinton granted her a pardon on January 20, 2001, his last day in office.

Two months after her release from prison, Hearst wed Bernard Shaw, whom she had met when he was part of a team of bodyguards protecting her on bail. The marriage lasted until his death in 2013. They had two children, Gillian and Lydia Hearst-Shaw. Hearst became prominent on the East Coast society and charitable fundraising scene, being particularly involved with a foundation helping children suffering from AIDS.

Hearst has appeared in feature films for director John Waters, who cast her in Cry-Baby, Serial Mom, Pecker, A Dirty Shame and Cecil B. DeMented. With Cordelia Frances Biddle, Hearst collaborated on the writing of a novel titled Murder at San Simeon (Scribner, 1996), based upon the death of Thomas H. Ince on her grandfather's yacht.


3. TODAY'S SELF-OBSERVATION
With no mates to help me this time ( it was a friend who put up the last one) and no electrician interested in the job, a no-choice rare foray into DIY was a success! A new outside light has been installed. There was some delay as I had to learn some nuances of light bulbs. These days, you don't just need the right fitting and wattage, it has to be the right shape! This new light required a "golf-ball bulb" something I had never even heard of before yesterday, but now I'm something of an expert! Such is life, that circumstances often force you to become an expert, or at least reasonably competent on various matters.

The slow-healing nature of my strained knee-ligament, plus a certain self-annoyance at sustaining the injury got me a little fed up by bedtime last night. The correct response of course is the Discipline of Acceptance - to stop struggling against what cannot be changed so one can focus on achievable goals. I have found Acceptance quite hard to master, but now I've got a grip on it, it tends to kick-in rapidly as soon as I get some personal space - inner peace and perspective returns. I must accept that I can't just move - I have to move in the right way!

4. TODAY'S QUESTION FOR YOU
Is there anything you need to let go of? 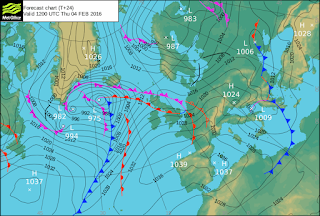 6. TODAY'S ONELINER
My Retirement Plan hinges on having at least one successful kid :D

8. TRIVIA
All three main actors in Rebel Without a Cause (1955) all met an untimely death. James Dean died in a car crash, Natalie Wood drowned, and Sal Mineo was stabbed to death.

9. ZEN WISDOM
Our lives inherently possess a boundless energy. Summoning this forth, we can break through the shell of the small self that constrains our lives. The process of revolutionizing our own lives and helping others to do the same, can transform society and ultimately elevate the state of humanity.
Posted by Gary Blonder at 21:58