1. ON THIS DAY IN HISTORY25th February 1956Kruschev's "Cult of Personality" Speech
"On the Cult of Personality and Its Consequences" was a report by Soviet leader Nikita Khrushchev made to the 20th Party Congress of the Communist Party of the Soviet Union on 25 February 1956. Khrushchev's speech was sharply critical of the reign of deceased General Secretary and Premier Joseph Stalin, particularly with respect to the purges of the Communist Party of the Soviet Union which had especially marked the last years of the 1930s. Khrushchev charged Stalin with having fostered a leadership personality cult despite ostensibly maintaining support for the ideals of communism.

The speech was a milestone in the "Khrushchev Thaw." Superficially, the speech was an attempt to draw the Soviet Communist Party closer to Leninism. Khrushchev's ulterior motivation, however, was to legitimize and help consolidate his control of the Communist party and government, power obtained in a political struggle with Stalin loyalists Vyacheslav Molotov and Georgy Malenkov.

The Khrushchev report was known as the "Secret Speech" because it was delivered at an unpublicized closed session of Communist Party delegates, with guests and members of the press excluded. The text of the Khrushchev report was widely discussed in party cells already in early March, often with participation of non-party members, however the official Russian text was openly published only in 1989 during the glasnost campaign of Soviet leader Mikhail Gorbachev.

In April 2007, the British newspaper The Guardian included the speech in its series on "Great Speeches of the 20th Century"


3. TODAY'S SELF-OBSERVATION
Thursdays have of late been my quietest day, an opportunity to catch up on prolonged meditation and do some promotional work. Today I want to be reviewing my approach as it was a record for the fewest number of initial consultations turning into clients. This could of course be plain bad luck - I well remember getting grief off people three weeks in a row at the Weekend Job, and back then I again pondered my approach. Without doing much different I'm now on a long grief-free run at the Weekend Job.

In addition, those who do take on a course are invariably happy, suggesting that it's a commitment issue with non-clients, of which I just happen to have got a lot in the last month. One thing is certain - I won't be giving up! Succeed or fail, it will be at doing something I love doing. I subscribe to the philosophy that if you aim for the stars you'll get at least the moon.

4. TODAY'S QUESTION FOR YOU
Are you in pursuit of something you really want? 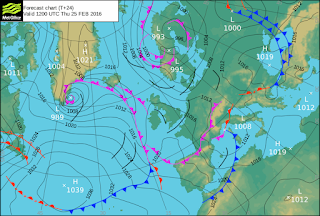 6. TODAY'S ONELINER
I fell off a fifty-foot ladder and survived - probably because I slipped off the bottom rung :D

8. TRIVIA
Saturn gives off more than twice as much heat as it receives from the Sun. The temperature at Saturn’s core is estimated to be about 21,150° F (11,700° C), which is almost as hot as the surface of the Sun. Like Jupiter, Saturn has all the ingredients necessary to be a star, but isn't big enough to generate the temperature and pressure required to begin nuclear fusion.

9. ZEN WISDOM
Most do not win because they do not lose often enough
Posted by Gary Blonder at 22:26