1. ON THIS DAY IN HISTORY1st March 1692The Salem Witch Trials begin
The Salem witch trials were a series of hearings and prosecutions of people accused of witchcraft in colonial Massachusetts between February 1692 and May 1693. The trials resulted in the executions of twenty people, fourteen of them women, and all but one by hanging. Twelve other women had previously been executed in Massachusetts and Connecticut during the 17th century. Despite being generally known as the Salem witch trials, the preliminary hearings in 1692 were conducted in several towns: Salem Village (now Danvers), Salem Town, Ipswich and Andover. The most infamous trials were conducted by the Court of Oyer and Terminer in 1692 in Salem Town.

The episode is one of the Colonial America's most notorious cases of mass hysteria, and has been used in political rhetoric and popular literature as a vivid cautionary tale about the dangers of isolationism, religious extremism, false accusations and lapses in due process. It was not unique, but simply a Colonial American example of the much broader phenomenon of witch trials in the Early Modern period.


3. TODAY'S SELF-OBSERVATION
I have been blessed with an abundance of time today and do not intend to waste it! It's a golden opportunity to do things that are important but not urgent. I will also enjoy a long meditation of up to two hours.

My new mindfulness technique, which occurred to me in a flash of brilliance, is already proving spectacularly successful and I've already started to teach it to clients. In the coming months, I expect to see the elimination of Daymares (nightmarish daydreams) from my internal experience.

I fear a deterioration in eyesight continues, with standard text now slightly out of focus at ANY distance. I will now need specs for distance reading as well as closeup reading. An investment in more specs will be made tomorrow!

4. TODAY'S QUESTION FOR YOU
How good are you at making changes and adapting to change? 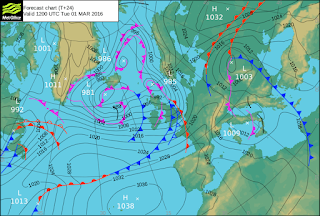 6. TODAY'S ONELINER
Please continue to hold. All of our customer service representatives are busy exasperating other customers. :D

8. TRIVIA
A long-standing dispute between Britain and Greece centers around the Elgin Marbles (the Greeks prefer to call them the Parthenon Marbles), which are housed in London’s British Museum. The British government believes that it acquired them fairly through its purchase from Lord Elgin, while the Greeks claim the purchase was illegal.

9. ZEN WISDOM
The power of belief, the power of thought, will move reality in the direction of what we believe and conceive of it. If you really believe you can do something, you can.
Posted by Gary Blonder at 22:18