1. ON THIS DAY IN HISTORY18th February 1943
Joseph Goebbels' "Total War" Speech
Goebbels' most famous speech, it was a rallying exercise after Nazi Germany had suffered two decisive defeats - at Stalingrad, causing the German retreat from the Caucasus and the loss of an entire army, and at El-Alamein, causing the retreat from Egypt and Libya. In addition, in the first American offensive of the war, landings in Vichy-French North Africa had meant that Tunisia was now being attacked from the west as the east. At the Casablanca conference in January, the Allies had not only made clear that unconditional surrender was the only peace terms on offer, they had also declared their intention to try Axis leaders for war crimes.

Historically, the speech is important in that it marks the first admission by the Party leadership that they were facing problems, and launched the mobilization campaign that, arguably, prolonged the war, under the slogan: "And storm, break loose!" (Und Sturm, brich los!).

The live audience, depicted as representing all areas of the German people, was in fact carefully picked to respond enthusiastically and fanatically. He accused international Jewry of attempting to impose a Bolshevik-led tyranny on Europe, that Germany alone could defeat this plan, and that Germany had to act quickly and decisively to counter the threat.

Millions of Germans listened to Goebbels on the radio as he delivered this speech about the "misfortune of the past weeks" and an "unvarnished picture of the situation" and the speech was certainly a propaganda success within Germany itself.

The reality was that by this point the war was already effectively lost. Germany did not have the resources to defeat the combined industrial strength of the United States and the Soviet Union and suppress the Europe-wide resistance to their rule. The Nazis could only prolong the war by propaganda, intimidation and terror.

The full speech, in 12 chapters, can be heard here (NB unfortunately the source is pro-Nazi but the speech is as delivered on 18.2.1943)


3. TODAY'S SELF-OBSERVATION
I have come to the conclusion from observing others that love just aint enough. You can be head-over heels about someone, but if you drive each other to exasperation, it just isn't going to work. If you don't both put the effort in to address issues, to express appreciation, to compromise and forgive on an ongoing daily basis, and to also adapt to change, the relationship just isn't going to survive.

It may be hard to envisage being happily married to a paranoid-schizophrenic, but in my case I most definitely am. The secret of our success is very simple - she absolutely worships the ground I walk on, and I am very grateful for it! From this, all the other things a relationship needs flow easily - the appreciation, daily kindnesses, the addressing of issues and so on. I think very important to relationships is the ability to CONFESS  - to admit guilt, say sorry and change.

Female Blonders unfortunately seem to be utterly devoid of this ability - mother, sister and daughter are all exactly the same, blaming some scapegoat for all their unhappiness. I've never heard any of these three bitches admit a single act of cruelty, unkindness, lack of consideration, selfishness or any of the other shit that they have committed. Of course they're not responsible for EVERYTHING, but they won't admit to ANYTHING. At least my dad, exasperatingly weak-willed as he is, was prepared to say sorry, even if he has not actually done a single thing differently since I was a child. This somewhat undermines the value of that confession.

The root cause of this unfortunate inability to confess is severe INSECURITY, the tendency to equate failure with worthlessness. They therefore dare not confess to anything because then their greatest fear, that they are worthless, would then be true. In reality, screwing up, getting it wrong and making bad choices are essential to success and happiness - the only way to get there is to be prepared to fail a lot, and admit to it.

Confession is a pressure relief valve, exposing pathogens to the disinfectant of sunlight. Confession and the determination to improve facilitates forgiveness, fresh starts and stronger relationships. The determination to avoid confession does the opposite. This all-costs avoidance has killed my relationship with the Three Bitches stone dead. No love and no interest remains.

4. TODAY'S QUESTION FOR YOU
How honest are you with yourself and others? 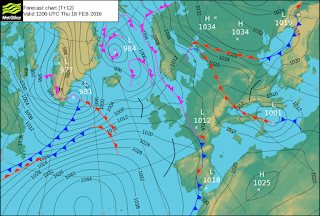 6. TODAY'S ONELINER
My closet has 15 shirts I plan to fit into again and 1 shirt I wear every day :D

8. TRIVIA
The ancient Egyptians worshipped more than 1,000 different gods and goddesses. The most important god of all was Ra, the sun god.

9. ZEN WISDOM
The enlightenment and happiness of both self and others: A true mentor is one who enables us to remember this aspiration. A true disciple, meanwhile, is one who adopts this most profound aspiration as their own, and who, convinced from the bottom of their heart that this is their purpose, launches into action in accord with the mentor’s words.
Posted by Gary Blonder at 02:24