1. ON THIS DAY IN HISTORY23rd February 1927The Publishing of Heisenberg's Uncertainty PrincipleGerman theoretical Physicist Werner Heisenberg first proposed this principle in a letter to fellow scientist Wolfgang Pauli. It is one of the most important principles underlying the Standard Model of Particle Physics, and was the first insight into how the act of observation itself influences the behaviour of particles.

This puzzling behaviour of sub-atomic particles led to the development of Quantum Theory and the realization that they behave very differently to particles bonded together as atoms.


3. TODAY'S SELF-OBSERVATION
After a weekend emotionally bruised by the nastiness of ex-Daughter, it was encouraging to see Missus recover yesterday, becoming her usual contented self. It also helped considerably that the workload at her job was clearly more manageable than last week. I have been reminded how vulnerable Missus is to stress, and how important it is to keep her in a stress-free loving environment.

With Missus recovering, my attention was able to shift back to personal development. This character, introverted in nature, is much more sensitive than character itself would prefer. Whilst this makes emotional management hard work, it does also mean pleasure is felt more intensely. Put another way, I have the emotions of a teen! Fortunately unlike a teen, consciousness has become highly developed. When focus is in the right place, this character lives itself whilst consciousness watches the movie with fascination.

Focus has to date had to be intensely shepherded to keep it away from "raw nerves", because even in a benign comfortable environment, focus left unmanaged will wander into all manner of dark places. This leads me into "daymares", upsetting daydreams, a phenomenon common to PTSD sufferers. However whereas PTSD daymares are usually genuine memories replayed, mine are more like nightmares, entirely imaginary "sequels" to actual upsetting memories, in which I react in violent unhelpful ways.

My tactic to date has been to steer my focus away from the triggers for these daymares, but I'm beginning to believe I have been subconsciously suppressing the hurt I feel from emotional scars. As an experiment, I'm setting aside safe times and spaces to simply be sad, to see if that improves my functioning the rest of the time and reduces the frequency of the daymares. Early results have been encouraging - with the sadness has paradoxically come feelings of relief and internal peace. Watch this space...

4. TODAY'S QUESTION FOR YOU
Are you dealing with your hurt and giving it space to be? 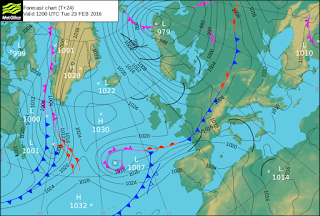 6. TODAY'S ONELINER
Behind every good man is a woman shaking her head :D

8. TRIVIA
The Gotthard Base Tunnel (GBT) is a railway tunnel in the heart of the Swiss Alps expected to open in 2016. With a route length of 57 km (35.4 mi) and a total of 151.84 km (94.3 mi) of tunnels, shafts and passages, it is the world's longest rail tunnel, surpassing the Seikan Tunnel in Japan

9. ZEN WISDOM
There is nothing more vulnerable, nothing more corruptible than the human mind, but neither is there anything as powerful, steadfast and ennobling.
Posted by Gary Blonder at 23:39