1. ON THIS DAY IN HISTORY15th February 2003The Worldwide Protest Against the Invasion of Iraq
On February 15, 2003, there was a coordinated day of protests across the world in which people in more than 600 cities expressed opposition to the imminent Iraq War. It was part of a series of protests and political events that had begun in 2002 and continued as the war took place. Social movement researchers have described the 15 February protest as "the largest protest event in human history."

Sources vary in their estimations of the number of participants involved. According to BBC News, between six and eleven million people took part in protests in up to sixty countries over the weekend of the 15th and 16th; other estimates range from eight million to thirty million.

Some of the largest protests took place in Europe. The protest in Rome involved around three million people, and is listed in the 2004 Guinness Book of World Records as the largest anti-war rally in history. Madrid hosted the second largest rally with more than 1.5 million people protesting the invasion of Iraq; Mainland China was the only major region not to see any protests on that day, but small demonstrations, attended mainly by foreign students, were seen later.

Despite this massive show of worldwide public disapproval, the US-led coalition invaded regardless, prompting the 2nd Gulf War. The result was a decisive military success but a political disaster. The central pretext of the invasion was Iraqi weapons of mass destruction, but these were proved to simply not exist. Worse, there was no cohesive exit strategy or plans for installing a new regime.

The bitter ethnic and sectarian divisions suppressed by the previous regime were overlooked. The invading Allies found themselves a resented and violently opposed occupying force in a bitterly divided country. After suffering only a handful of casualties during the invasion itself, The Allied coalition lost over 5,000 (mainly American) men killed during the occupation of 2003 - 2011. Far worse was Iraqi casualties in this period of around 120,000.


3. TODAY'S SELF-OBSERVATION
Valentine's Day was a complete success, with Missus very happy. I also recharged batteries and got the full 2 hours meditation in the afternoon. In the evening however on the personal front, I was humbled by a maths problem in a free supplement to the Daily Telegraph.

I got kinda obsessed and spent a good ninety minutes on it, before drawing the conclusion that I just didn't have the algorithm to solve it, or numerous other puzzles. Clearly I am no genius! I am however, a good teacher. If I know and understand it, and you want to know it too, I can effectively communicate it.

After distraction encountered, it's time to return to what I CAN do, what I DO have, and on my goals.

4. TODAY'S QUESTION FOR YOU
Do you know what you can do, what you want and where you're going? 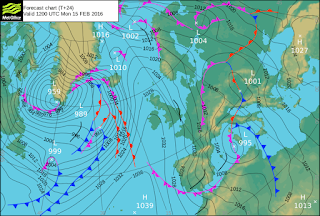 8. TRIVIA
The Indian Ocean earthquake in 2004 generated enough energy to power all the homes and businesses in the United States for three days.

9. ZEN WISDOM
Words spoken from the heart and filled with a powerful wish for someone’s happiness can deeply touch that person’s life and revive his or her spirit, becoming a source of lifelong inspiration.
Posted by Gary Blonder at 23:44