1. ON THIS DAY IN HISTORY28th February 1975The Moorgate Tube Crash
The Moorgate tube crash occurred on Friday 28 February 1975 at 08:46 GMT on the Northern City Line, then operated by London Underground as the Highbury branch of the Northern line. A train failed to stop at the Moorgate station, the line's southern terminus, and crashed into the wall at the end of the tunnel.

43 people died as a result of the crash, the greatest loss of life during peacetime in the London Underground, and a further 74 were injured. With no fault being found with the train equipment, a report from the Department of the Environment found that the driver had not become incapacitated and had failed to slow the train and stop at the station. There was insufficient evidence to determine why he did this.

Following the crash, a safety system that stops a train automatically if the driver fails to brake was introduced on the London Underground which became informally known as Moorgate protection.


3. TODAY'S SELF-OBSERVATION
After resting my strained knee ligament for two months, it finally got an unexpected workout at the Weekend Job as I stood in for the trolleyman who's just had - knee surgery! My knee bore up well, but it is still not healed. However I can't wait any longer - I'm feeling the effect of lack of exercise, spent too much money on public transport and I've put on weight, so I am going to gently work it whilst wearing a support.

I've awoken with brain malfunction, total breakdown of concentration. As a "one-off" this doesn't concern me too much. I am quite pleased that I have reacted well to it, not getting upset or overly frustrated. On the plus side, yesterday I had a truly brilliant idea for enhancing mindfulness - it worked well on myself and I will be using it with clients this week.

I spent Saturday with zero libido. I'm now getting these days quite a few days per week, but after four decades with that continual feeling down below, it's something of a novelty, like a fan that's been running continuously for years suddenly stopping. I continue to advocate an orgasm a day for both men and women, but I'm now finding it too much like hard work, particularly on days where I have both zero libido and I'm busy.

However, whilst becoming sexually dysfunctional, I'm not yet asexual or completely impotent. It's clear though that whereas sexuality was in the past self-propelling, it now needs a push! Push it I will, for wellbeing reasons. Frequent orgasms prolong wellbeing by informing the body that it needs to keep going. Specifically in men, it reduces the risk of prostate cancer, for reasons not yet fully understood. It also brings balance to the mind, and of course being in a marriage, a sexual relationship, sex is an important part of that.  Missus' libido is the regulation 2-3 times per week, but settles for once when our somewhat intolerant Son is resident. She would certainly be frustrated and unhappy with less.

4. TODAY'S QUESTION FOR YOU
Are you pushing yourself as necessary? 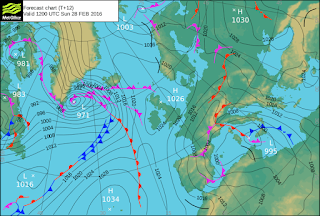 8. TRIVIA
In India, a Hindu wife was expected to throw herself on her husband’s burning body on the funeral pyre, effectively committing suicide, so she could enter the next life with him. The practice (called suttee) was abolished in 1829 by British India, though isolated cases of it have occurred into the twenty-first century. The term derived from the goddess Sati, and the term sati is now sometimes used to describe a chaste woman.

9. ZEN WISDOM
The full realization of one’s inner potential can be achieved only through interaction with the world
Posted by Gary Blonder at 02:19