1. ON THIS DAY IN HISTORY29th February 2012
Completion of the Tokyo Skytree
The Tokyo Skytree is a broadcasting, restaurant, and observation tower in Sumida, Tokyo, Japan. It became the tallest structure in Japan in 2010 and reached its full height of 634.0 metres (2,080 ft) in March 2011, making it the tallest tower in the world, displacing the Canton Tower, and the second tallest structure in the world after the Burj Khalifa (829.8 m/2,722 ft).[5]

The tower is the primary television and radio broadcast site for the Kantō region; the older Tokyo Tower no longer gives complete digital terrestrial television broadcasting coverage because it is surrounded by high-rise buildings. Skytree was completed on 29 February 2012, with the tower opening to the public on 22 May 2012. The tower is the centrepiece of a large commercial development funded by Tobu Railway and a group of six terrestrial broadcasters headed by NHK. Trains stop at the adjacent Tokyo Skytree Station and nearby Oshiage Station. The complex is 7 km (4.3 mi) north-east of Tokyo Station.


3. TODAY'S SELF-OBSERVATION
I responded to yesterday's somewhat worrying brain-malfunction by having a complete rest aside from essential housekeeper stuff. A long two-hour meditation and quietly amusing myself online before the regulation newspapers with Missus then six hours sleep has seemed to do the trick - brain kicked in to the Monday morning routine effortlessly.

It was a reminder that the primal needs, neglected on Saturday, are essential to smooth functioning, and now I'm older they have to be consciously chosen because they no longer shout out loud! I begin this week on an even keel and determined not to neglect essential maintenance to one's wellbeing.

4. TODAY'S QUESTION FOR YOU
Are you looking after yourself? 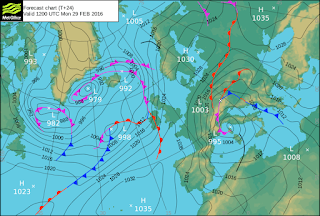 6. TODAY'S ONELINER
What happens when server 404 is finally found? :D

8. TRIVIA
For approximately the first six weeks after conception, all human embryos develop as a default female child, primarily taking genetic information from the mother’s DNA. After the sixth week of development, if the embryo is male, the SRY gene on the Y chromosome will begin to produce androgens, primarily testosterone, that encourage the development of male characteristics and inhibit the further development of female characteristics.

9. ZEN WISDOM
The mind of man is frequently troubled by the thought “There is no way.” But by breaking down these barriers in our minds, we can enjoy vibrant lives, filled with a powerful life force.
Posted by Gary Blonder at 22:27